Teachers who work at the poorest schools are more likely to think that computer science is vital to their students’ futures, but are less likely to think their school boards agree, a new survey released Tuesday reveals.

The survey was conducted by Gallup on behalf of Google, and looks at perceptions of computer science for different groups, including students, parents, educators and school district administrators. It follows an earlier survey released in August, which looked at access to computer science courses and found that lower-income students have fewer opportunities to study the subject. However, this latest survey shows that low-income students’ lack of access is not due to apathy on the part of their educators.

Still, teachers from schools with more affluent students were 13 percent more likely to say that their “school board believes computer science education is important to offer in our schools” than their counterparts at schools with more low-income students.

Brandon Busteed, executive director of education and workforce development at Gallup, called the findings a “huge call to action.”

“There are huge discrepancies between the will and the way,” Busteed told The Huffington Post. “There appears to be more will in these poorer schools but less access.”

He continued, “What seems to be missing here are school boards. There is such little conversation about this at a school board level … If I were to say, ‘What’s the one place I would want this data and research to land,’ it would be with members of school boards. They have to look at this and realize their constituents want this in schools.”

The study also looked at students’ perceptions of computer scientists. Unfortunately, their ideas of who is “good” at computer science reflected the field’s lack of gender and racial diversity. Males reported being more confident than females that they could learn computer science if they wanted to. Students and parents both reported that the people they see on film and television participating in computer science are typically white and wear glasses.

“Unfortunately, perceptions of who computer science is for and who is portrayed in computer science is really narrow,” said Sepi Hejazi Moghadam, head of research and development for K-12 and pre-university education at Google. “In your popular culture, media, television, etc., that narrow perception tends to be that of [a] white male and someone who is wearing glasses.”

A majority of employees at Google are white and male. Part of the reason the company commissioned the survey was to learn how to increase diversity in computer science fields, Moghadam said. He also noted the company’s other efforts in this realm, including Google’s Computer Science Education in Media program, which works with television executives to feature more female characters in science, technology, engineering and mathematics-related roles.

“We know there are many students — especially girls, black and Latino students and students from lower-income families — who aren’t participating in computer science pathways equally,” said Moghadam. “In light of these trends, we decided we need a deeper understanding of these early stages, of the pipeline, to inform our own efforts around access and exposure to computer science.”

In Market Share Race in Africa, Local and Global Companies Vie to Be First

As Multinational Companies Scale Up Their Ambitions in Africa, They Are Coming Face-to-Face With Local Companies, Many With Capabilities Better Suited to African Markets, According to BCG.

CASABLANCA, MOROCCO–(Marketwired – Nov 10, 2015) – A battle for leadership is erupting in a variety of industries across Africa, with Africa-focused companies and multinationals vying for market share and each group counting on its unique strengths to gain an advantage, according to a new report by The Boston Consulting Group (BCG). The report, Dueling with Lions: Playing the New Game of Business Success in Africa, offers a concise analysis of Africa’s fast-changing competitive landscape and is being presented today by its authors in Casablanca Finance City, an Africa business hub in Morocco’s economic capital.

The multinational corporations that have been coming to Africa are looking to tap into economic growth that has averaged more than 5% a year since 2000. However, for many of these MNCs, success has been limited. Several MNCs that have enjoyed top-line growth on the continent have nevertheless been losing market share and have been outmaneuvered by local companies, the report says.

“International companies are absolutely right about the long-term potential of Africa,” said Patrick Dupoux, a BCG senior partner and coauthor of the report. “The surprise that some of them have gotten is the quality of the local competition that has emerged. African companies have access to a local ecosystem of suppliers, customers, talent, and stakeholders that is beyond the reach of most MNCs. That makes these companies very formidable in certain cases.”

The report highlights several situations in which international companies have lost ground to local players in Africa. These market-share setbacks have occurred in industries as diverse as beverages, cement, cosmetics, pharmaceuticals, banking, and insurance.

The competition between locally based companies and multinationals is not one-sided. Local companies, which the authors call African Lions, have four main advantages over MNCs, the report says. These advantages are the Lions’ single-minded focus on African markets; the greater experience their executives have operating in local markets; their management teams’ superior grasp of market data and intelligence relevant to Africa; and their fast decision-making and adaptability. The authors call these attributes Focus, Field, Facts, and Flexibility — the four Fs of the African Lions.

“These local companies are at home in Africa and know the markets intimately,” said Lisa Ivers, a BCG partner in Casablanca and coauthor of the report. “They are fast moving and entrepreneurial. They sometimes play by different rules. These are all factors that work to their advantage.”

Multinationals have their own strengths. Some of them have been in African markets longer than the local companies themselves. In some of these markets, international companies have been able to use superior resources, brands, platforms, and processes to keep Africa-headquartered rivals at bay.

Each group of competitors has something to learn from the other. For instance, from African companies, MNCs can learn focus — which comes from having highly experienced management teams in Africa and taking a long-term view. If MNCs are to improve their positions in Africa, they must show some of this same focus, the authors say, starting with moving to longer tenures for their expatriate executives.

The Continent’s Bright Future
The report doesn’t ignore the challenges that Africa faces, including the steep drop in oil prices (a blow to Africa’s oil-producing economies), the still-high incidence of infectious disease on the continent, and the high-profile attacks by militant groups such as Boko Haram and Al Shabaab. But the authors say these challenges aren’t enough to undermine Africa’s positives, notably:

Africa’s favorable economic and demographic trends explain why so many big-company CEOs now make Africa a destination in their travels.

“The question for many companies isn’t whether to come to Africa; it’s how to do it profitably,” said coauthor Ivers. “In the next few years, there’s going to be a lot of investing and partnering as companies try to figure that out.” 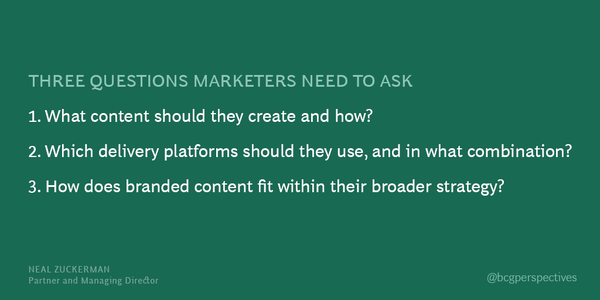 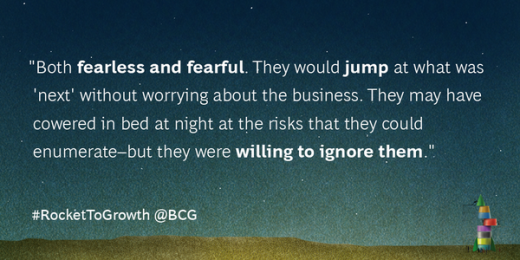